In the year 2008 MIRAD has been requested by EADS Asrteium (now Airbus Defence & Space) for the design, production, manufacturing and testing of a X-band Antenna Assemby (XAA). The device comprises a feed horn, a unit for the generation of two orthogonal, circular polarizations and two coax interfaces. The XAA system is implemented on a spacecraft to secure very high speed  image downlink between satellite and ground station. The antenna assembly configuration converts RF signals from the multiplexer into independent dual polarized signals pointing with high gain and precise positioning to the earth. The task was to develop the antenna subsystem as an independent, stand-alone hardware to be integrate it into Airbus DS corresponding pointing mechanism. 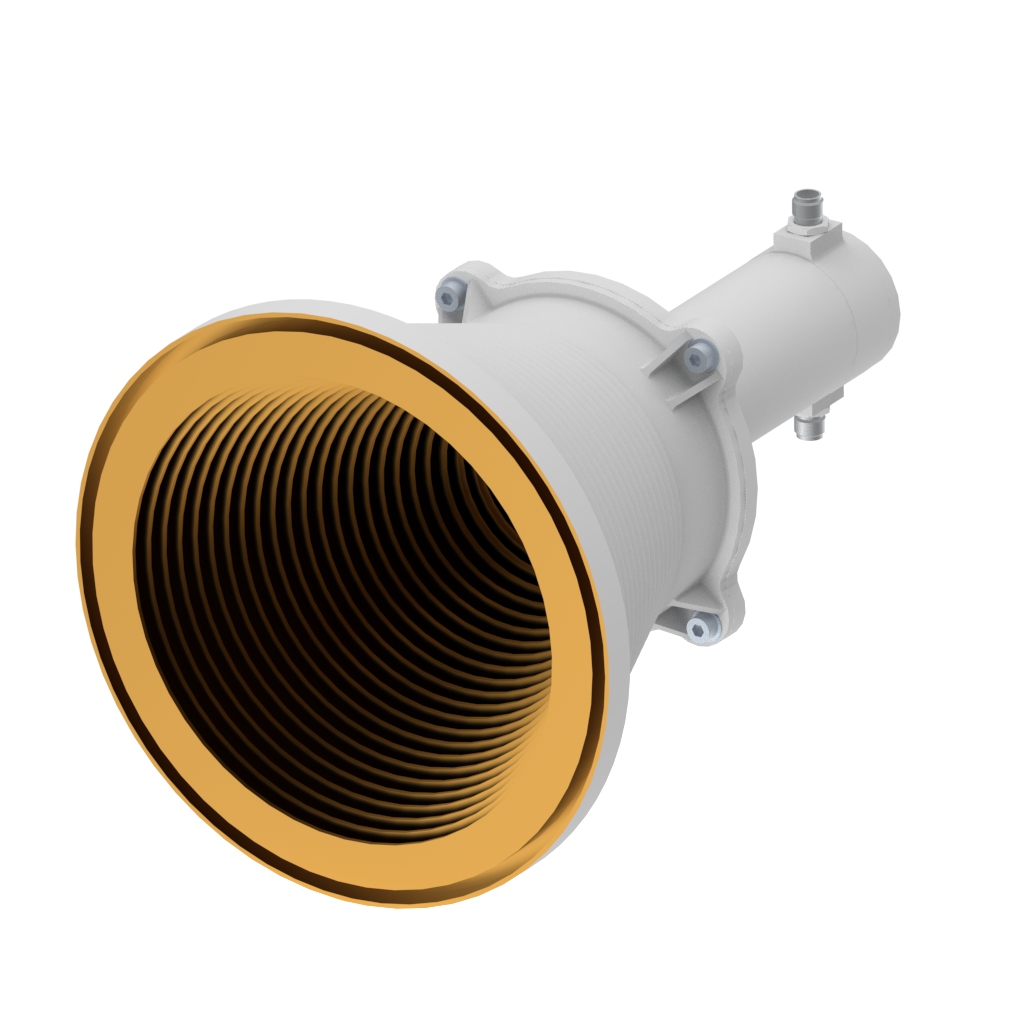 After the successfull testing MIRAD delivered two XAA antenna units to its customer in 2009 installed on KOMPsat-3. In 2010 another batch of two units has been procured by EADS Astrium that have been launched with the corresponding satellites KOMPTsat-5 program launched in 2015. Until now there are still 4 units in-orbit operating successfully. 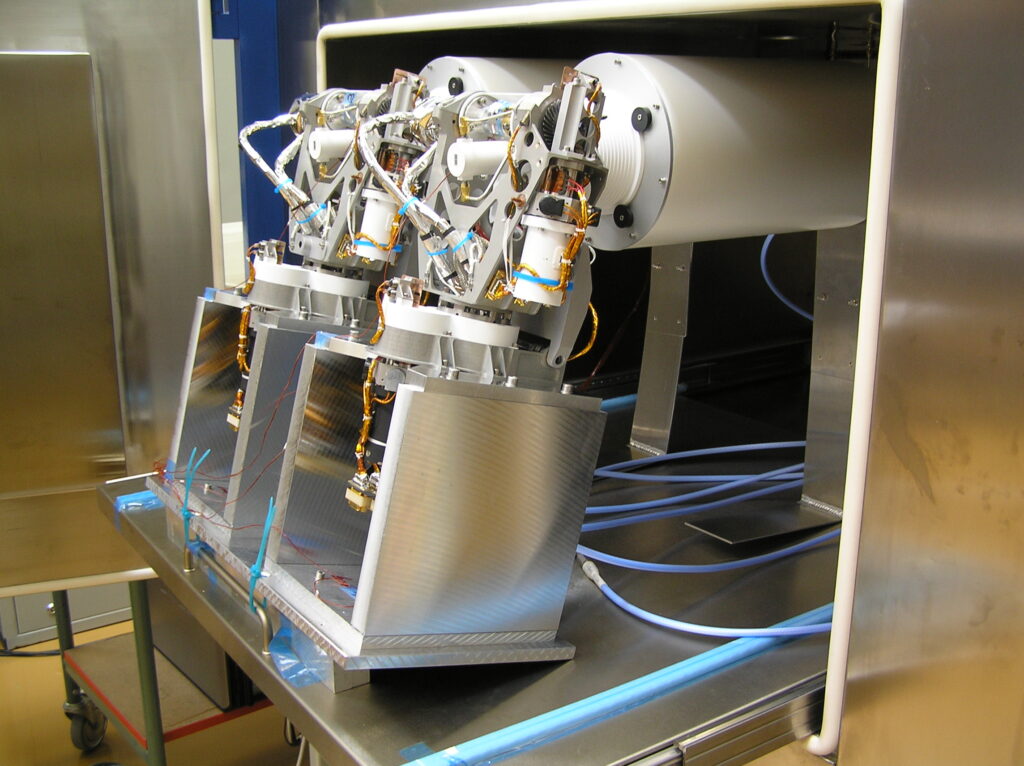 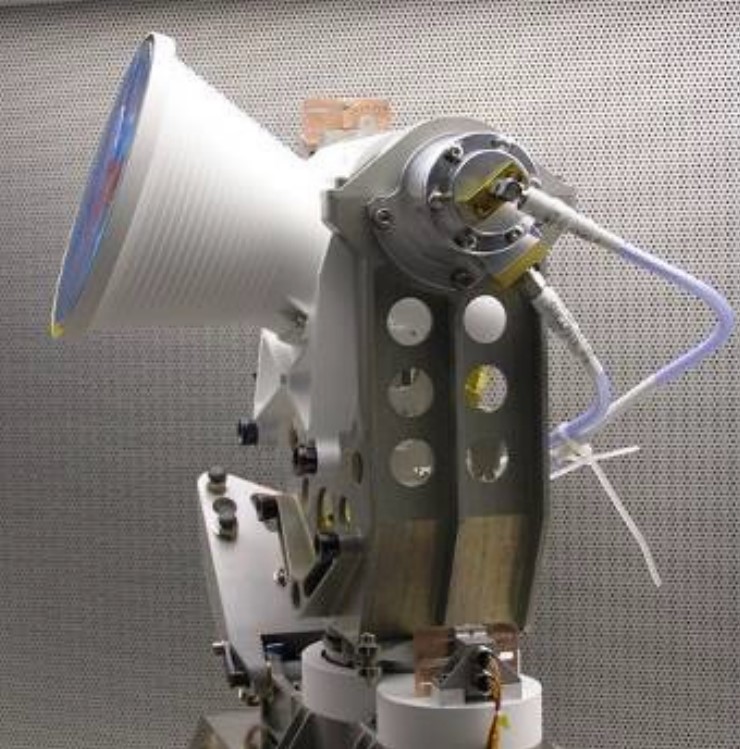 The figures illustrate the assembled horn (left), the test set-up for the thermal tests (middle) and the installed elevation stage of the XXA unit (right)*

Another 2 units of the XAA antenna have been procured in 2017 by Airbus Defence & Space. In this project the antenna gain is slighlty increased compared to the first version of the XAA antenna assembly. The two units have successfully been manufactured, tested and delivered to our customer in 2019.