The ACES project will bring a new generation of very precise atomic clock into the microgravity environment of the International Space Station (ISS). The ACES payload will be mounted at the outside of the ISS directing into earths direction to provide a stable and accurate time base. The precise time signals will be used for clock comparisons between space-to-ground and also ground-to-ground. This measurments of ultra-precise atomic clock signals is used as fundation for several research areas like: Fundamental physics (tests of relativity and string theory), time and frequency metrology, geodesy and gravimetry, precise orbit determination, Earth observation, global positioning and navigation. 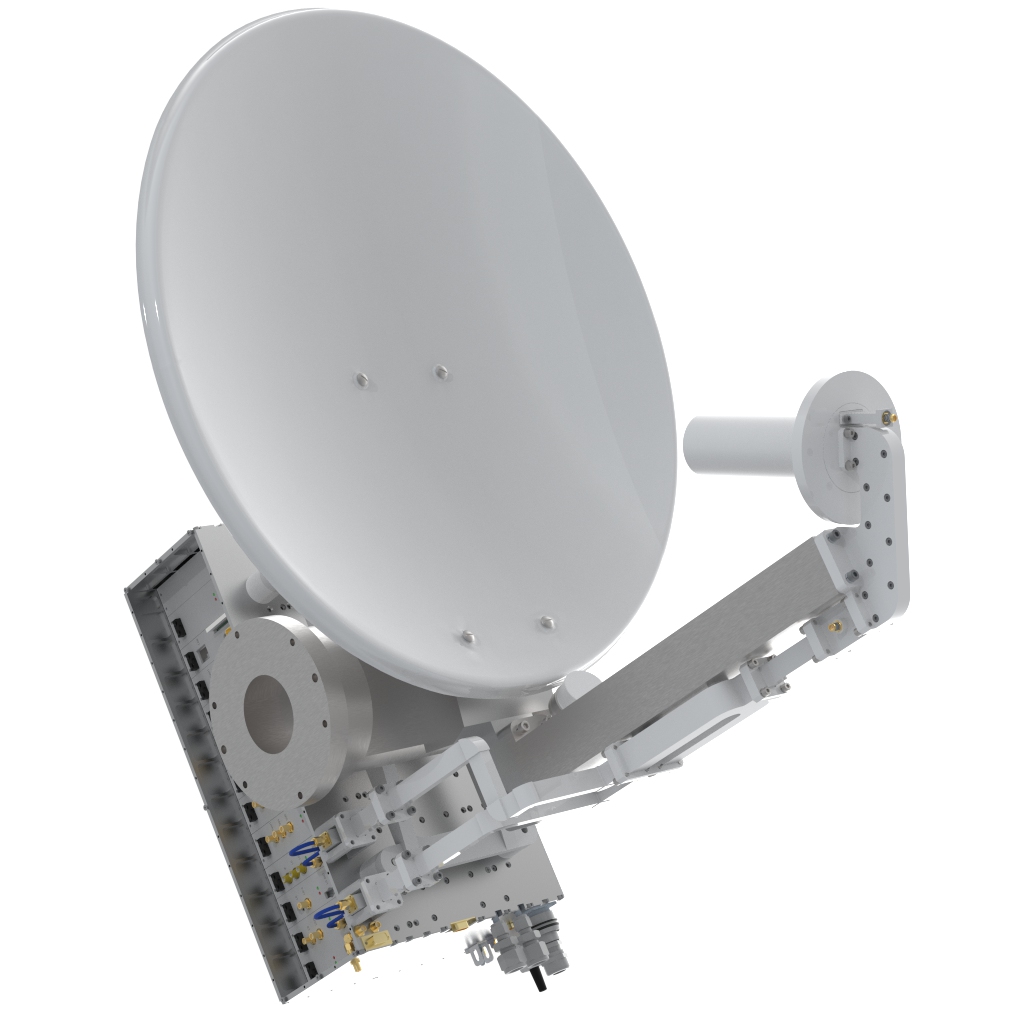 S-band and Ku-band frequencies are used for downlink signal transmission between ISS and Earth, while the uplink frequency is only in Ku-band. MIRAD was contracted in 2004 to develop a engineering model for a diplexing unit that separates the Ku-band Tx from the Ku-band RX signals. After successful design and testing, a second edition of the diplexer was delivered in 2007. This proto flight model was optimized for installation in the ACES assembly being taken to the ISS. The result was a lightweight waveguide filter structure with coaxial interfaces that meets all requirements and that is ready for space.

In 2008, MIRAD was asked again to provide a system design for the ACES project. In this second request, MIRAD was asked to design the ACES Microwave Link (MWL) ground terminal antenna. This system consists of a 60 cm offset reflector with a dual-band feed system that supports the required S- and Ku-band frequencies. In addition, the system is equipped with a primary radiator that serves as a probe antenna for calibration purposes which is located below the main dish. A diplexing unit is implemented for signal separation between Ku-band frequencies. The antenna is mounted on an Az-El control mechanism and the entire system is completely covered by a radome. Both were not part of the delivery. After the final design phase and a successful testing the prototype of the MWL ground terminal was delivered to the customer in 2009. 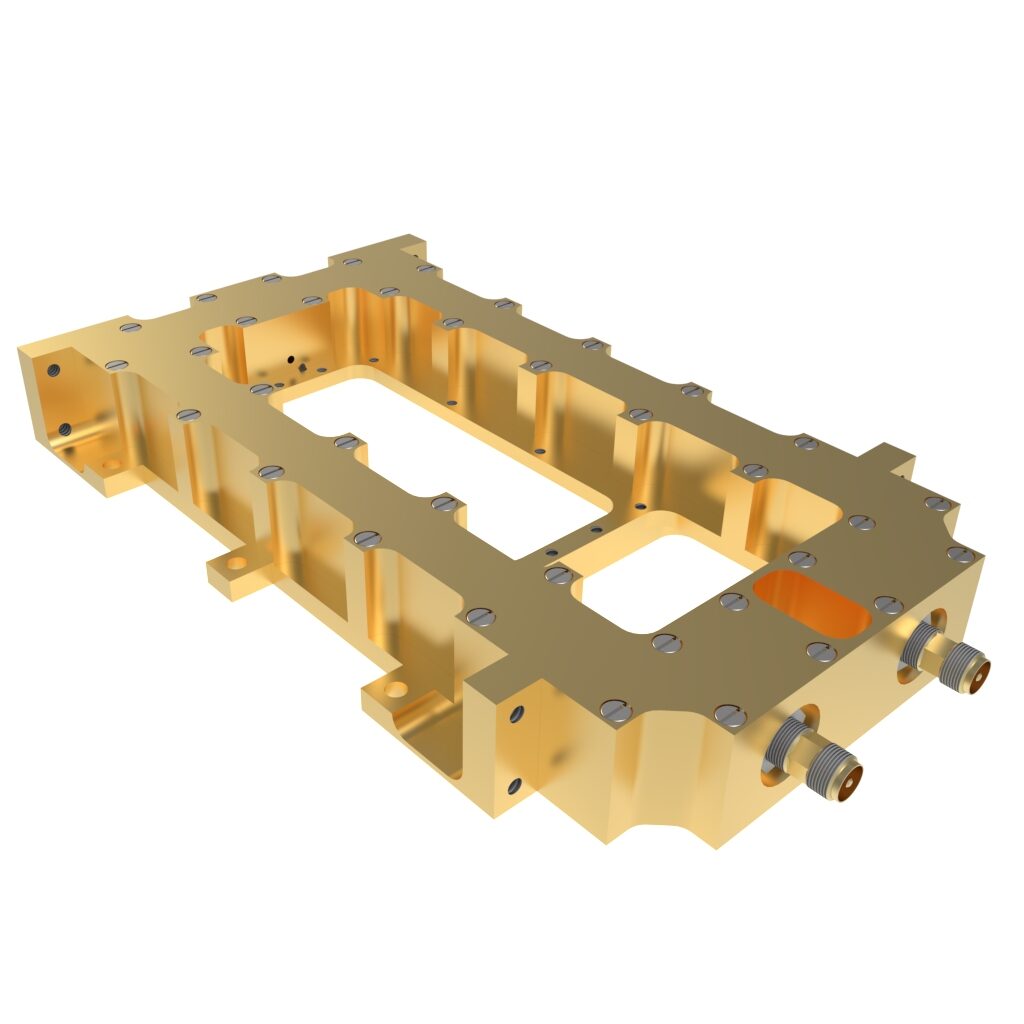 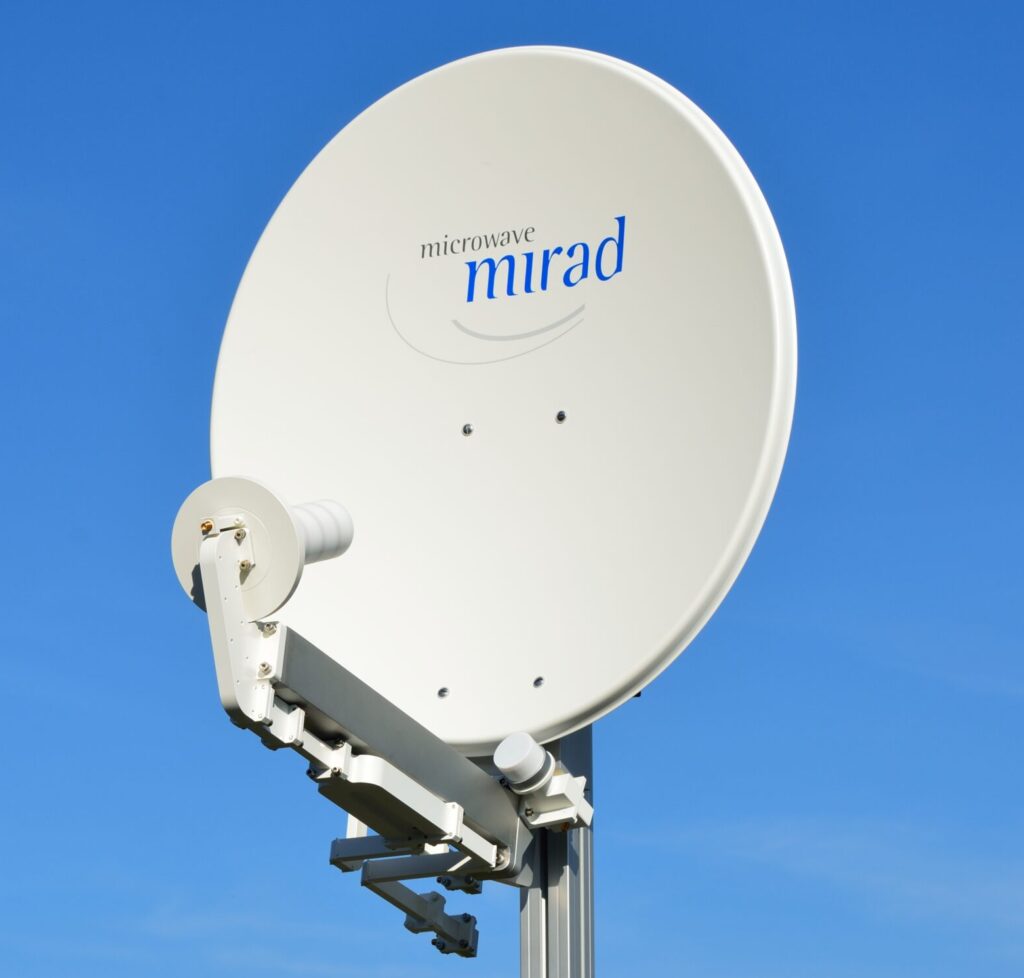 In 2012, MIRAD delivered a batch of five MWL ground terminals to its customer and also the final flight model of the Ku-band diplexer. In 2015, three more ground terminals were manufactured, tested and delivered for the integration. During various tests, it was found that the MWL ground terminals were intercepting spurious signals that were affecting system performance. For this reason, the customer asked MIRAD to develop a filter structure that would suppress these spurious signals and affect system performance as little as possible, paying particular attention to group delay behavior and system losses. MIRAD therefore developed a special S-band filter design with extremely flat group delay behavior. This filter is integrated directly into the S-band single radiation path below the strut of the reflector. After the integration the system now operates as expected. 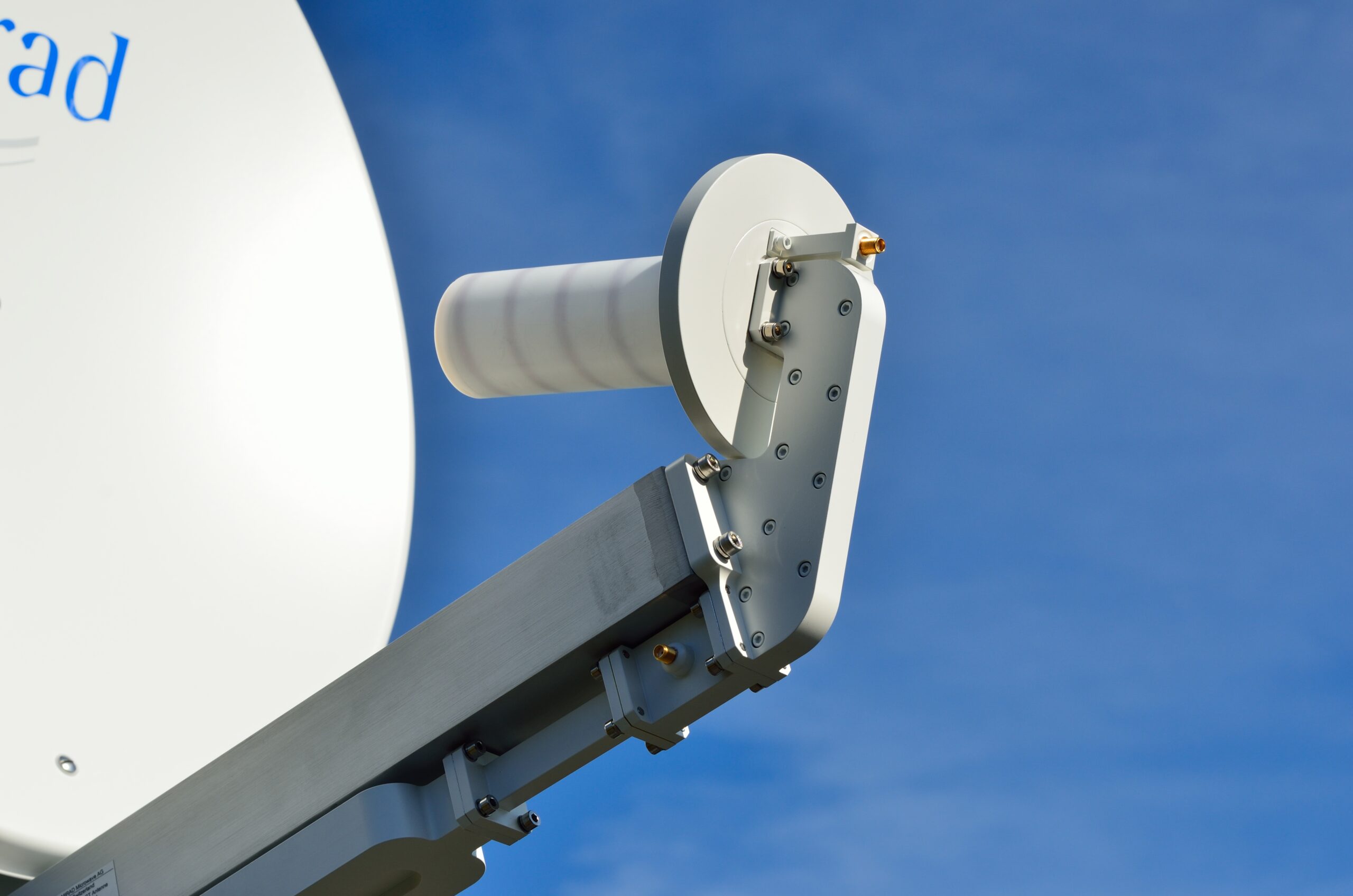 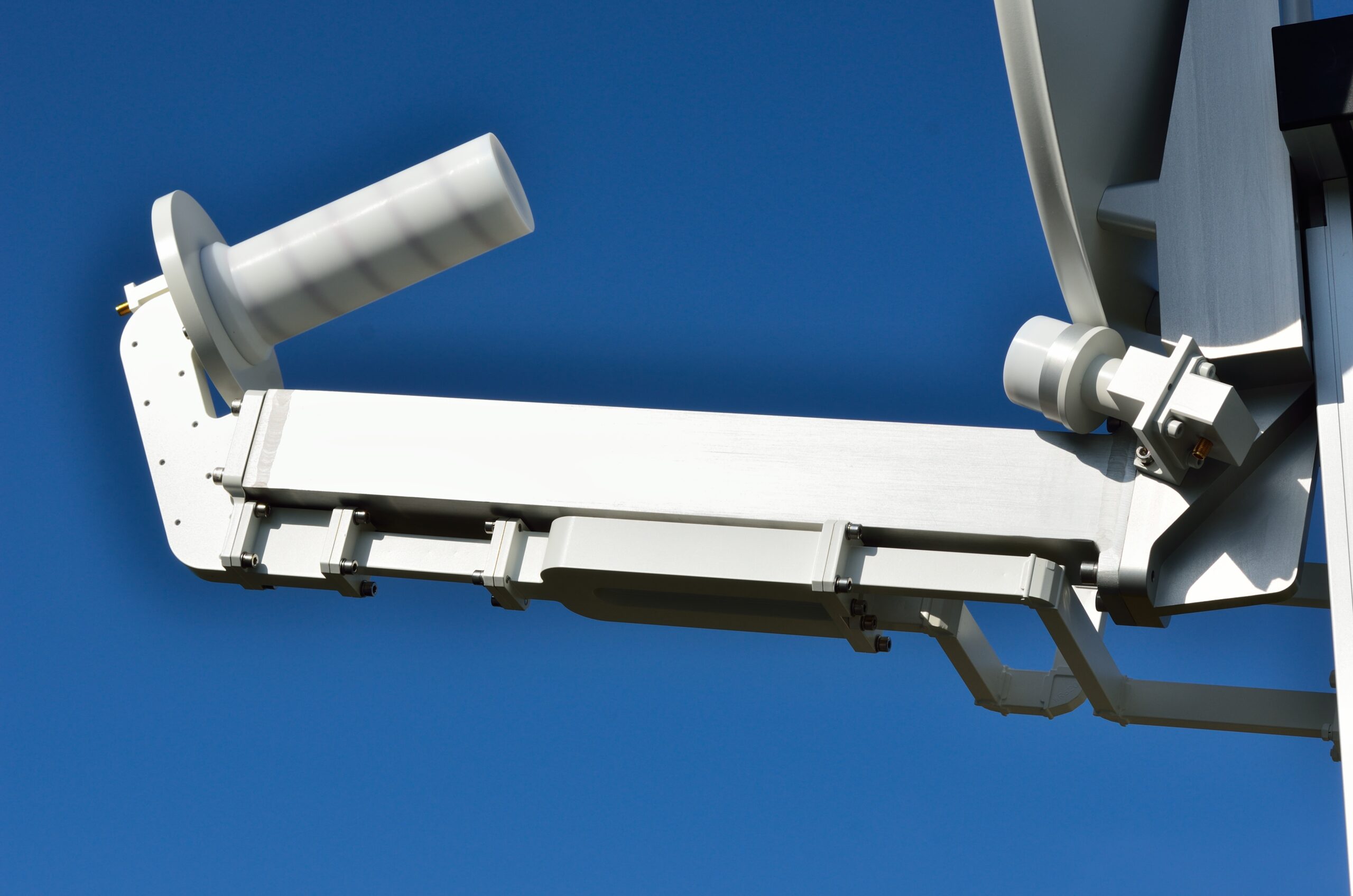 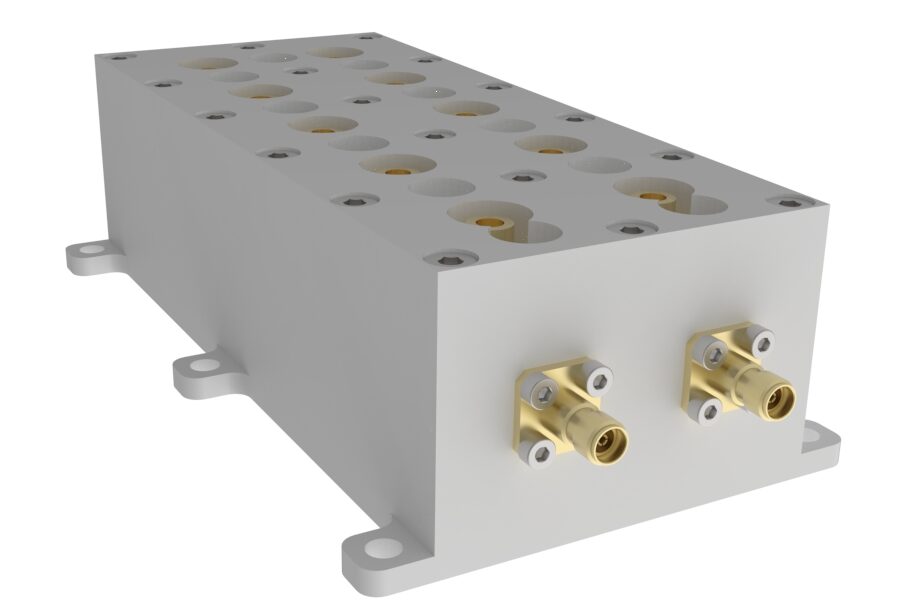