In 2009 the reduction of utilization of the ESTRACK 15m stations has been addressed and ESA decided to relocate the core X-band launch and early orbit phase (LEOP) functionality from the Perth site to the ESA site in New Norcia (NNO). Therefore ESA procures an acquisition aid antenna providing X-Band LEOP support to be installed in the Australian deep space site. After construction and operational validation of the new acquisition aid antenna (NNO-2), the Perth 15m terminal (PER-1) is closed down. 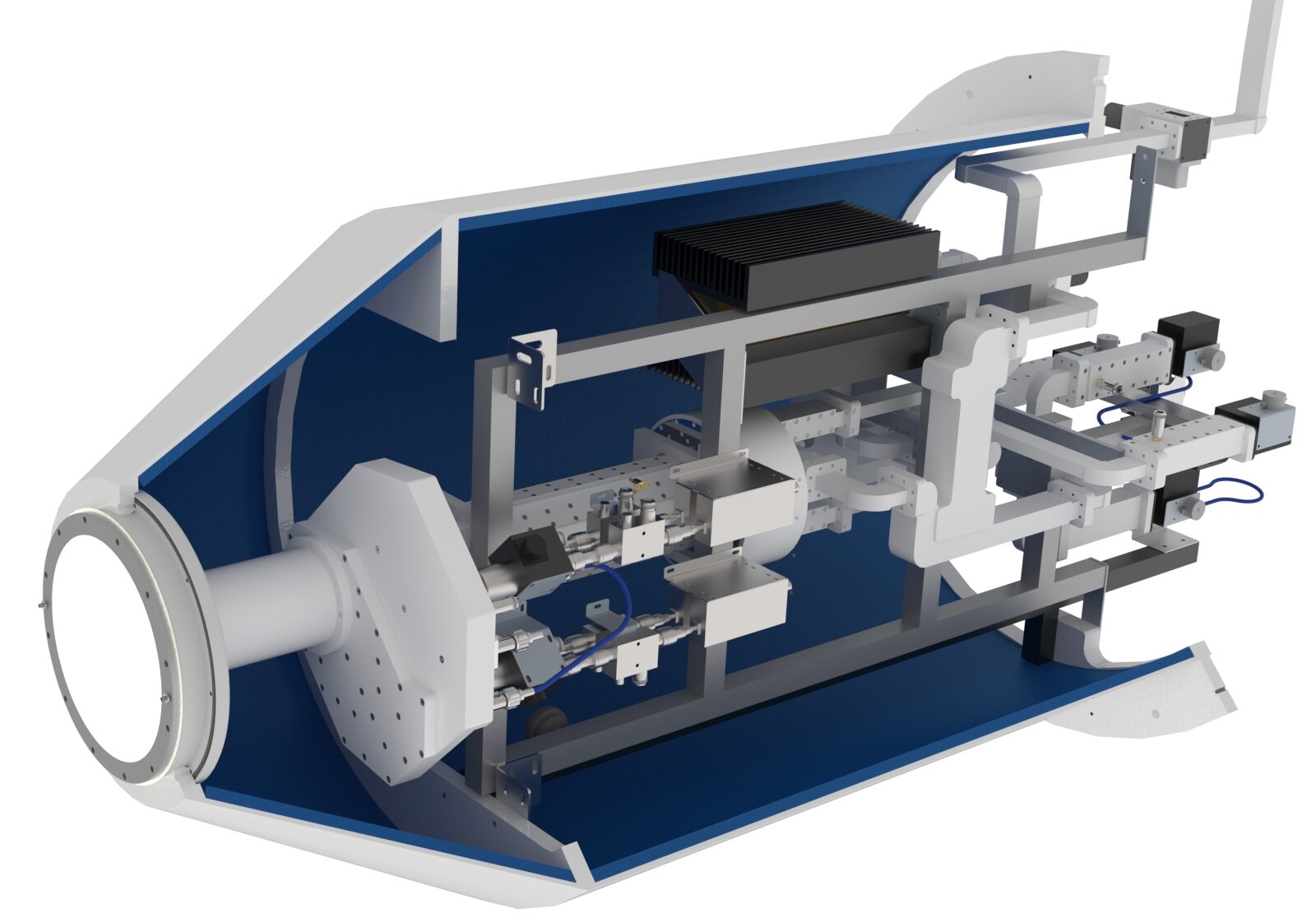 For the development of this new antenna system MIRAD has been requested to develop a new type of multiband feed system that enables X-Band uplink (7.145 – 7.235 GHz) and X-Band downlink (8.025 – 8.500 GHz) capability for spacecraft LEOP support under high dispersion spacecraft injection. Furthermore the antennas shall provide launcher support for Ariane 5, Vega, Soyuz, etc. by receiving S-band frequencies from 2.200 – 2.300 GHz. The feed is based on a coaxial horn concept and shares its inherent advantages like compactness, matched beam widths and phase centers for the illumination of a reflector antenna. With a suitable 4.5m dual reflector system (ADE) antenna efficiencies larger than 50% in S-band and 70% in X-band have been achieved. The compact feed is equipped with a TEM-mode tracking system in S-band and MIRADs standard broadband TE21-mode tracking coupler supporting X-band Rx frequncies. The compact design results in small loss contribution and low weight, especially for the S-band circuitry. After the final antenna and RF measurements the system has been installed and is in operation since 2015, the first supported ESA mission was the launch of LISA Pathfinder in December 2015 followed by numereous other. 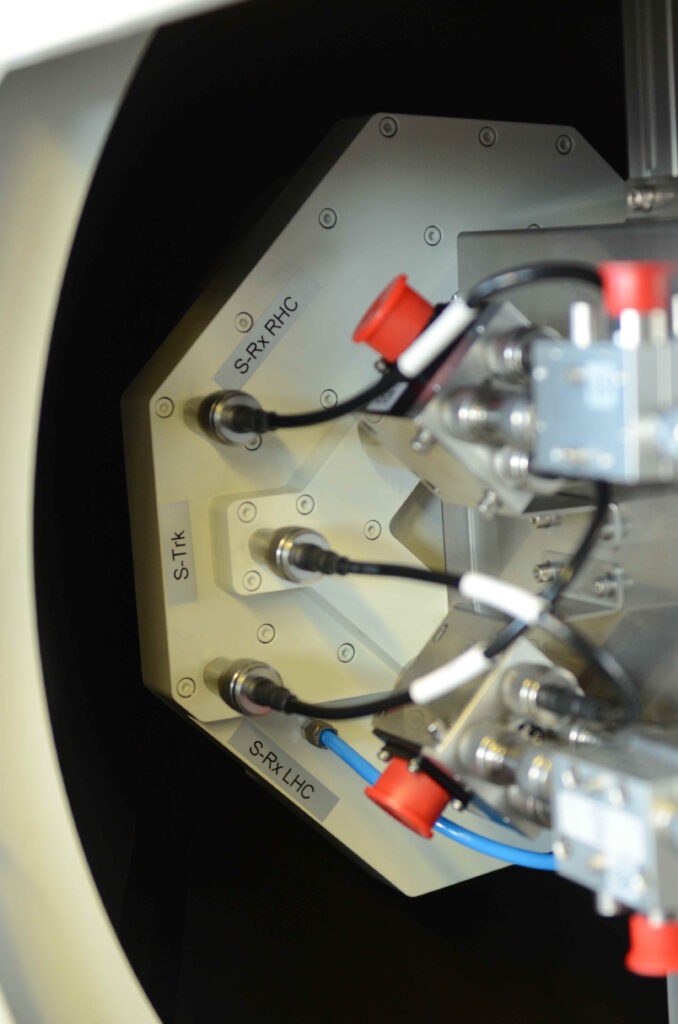 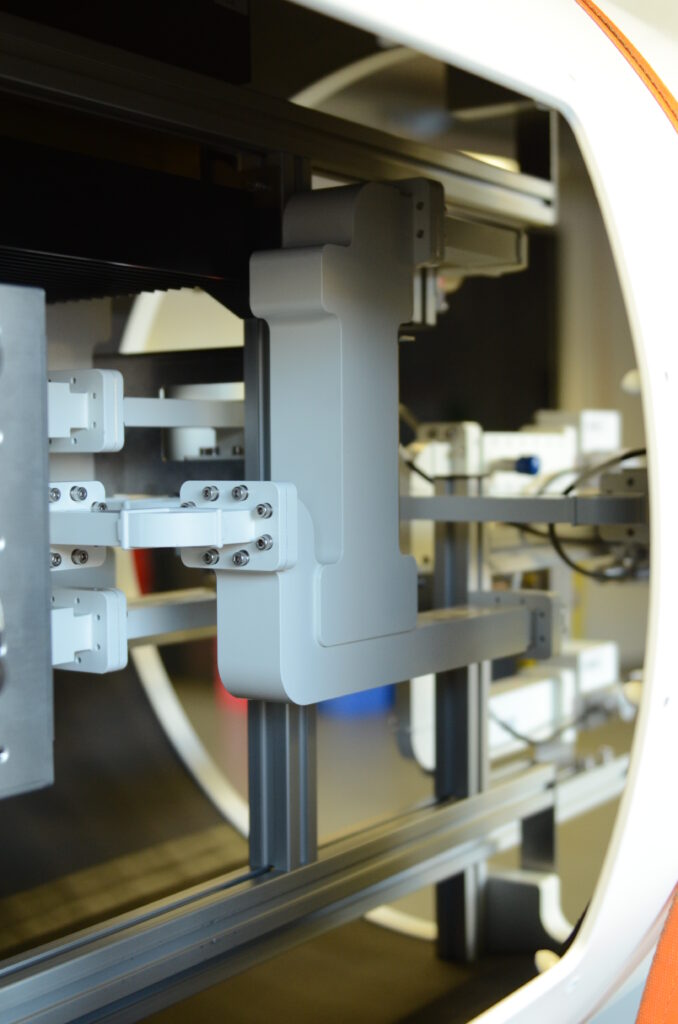 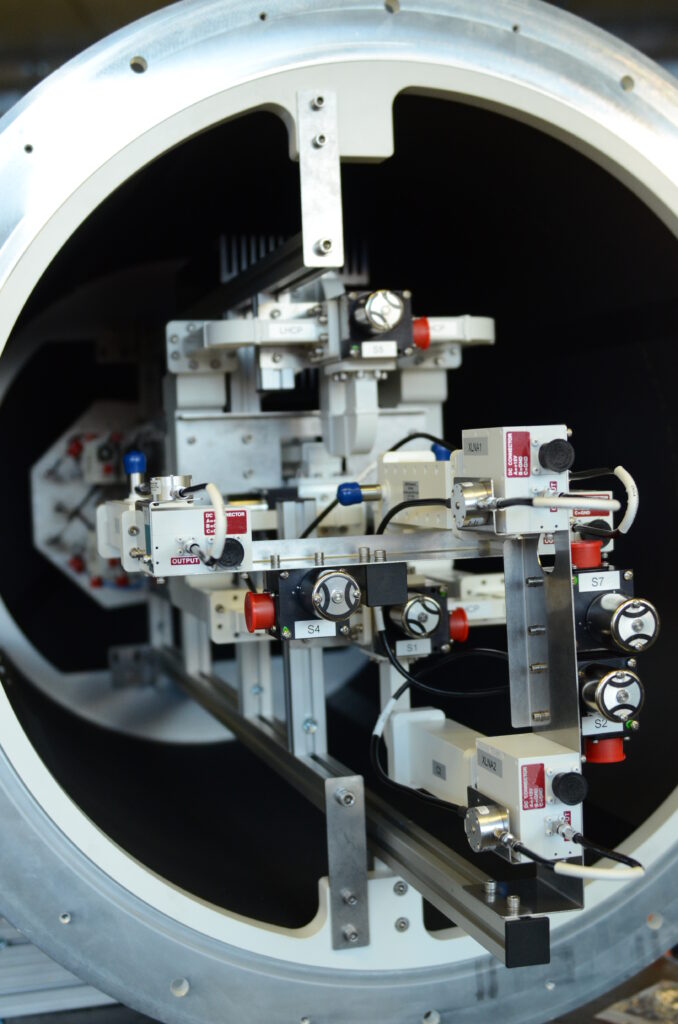 Furthermore MIRAD developed a second X-band RX/Tx feed system that is installed at the main-reflectors side and provides low gain signal coverage until the antenna has tracked the launcher. For calibration and measurement purposes a S-band and a X-band Probe antenna have been delivered. 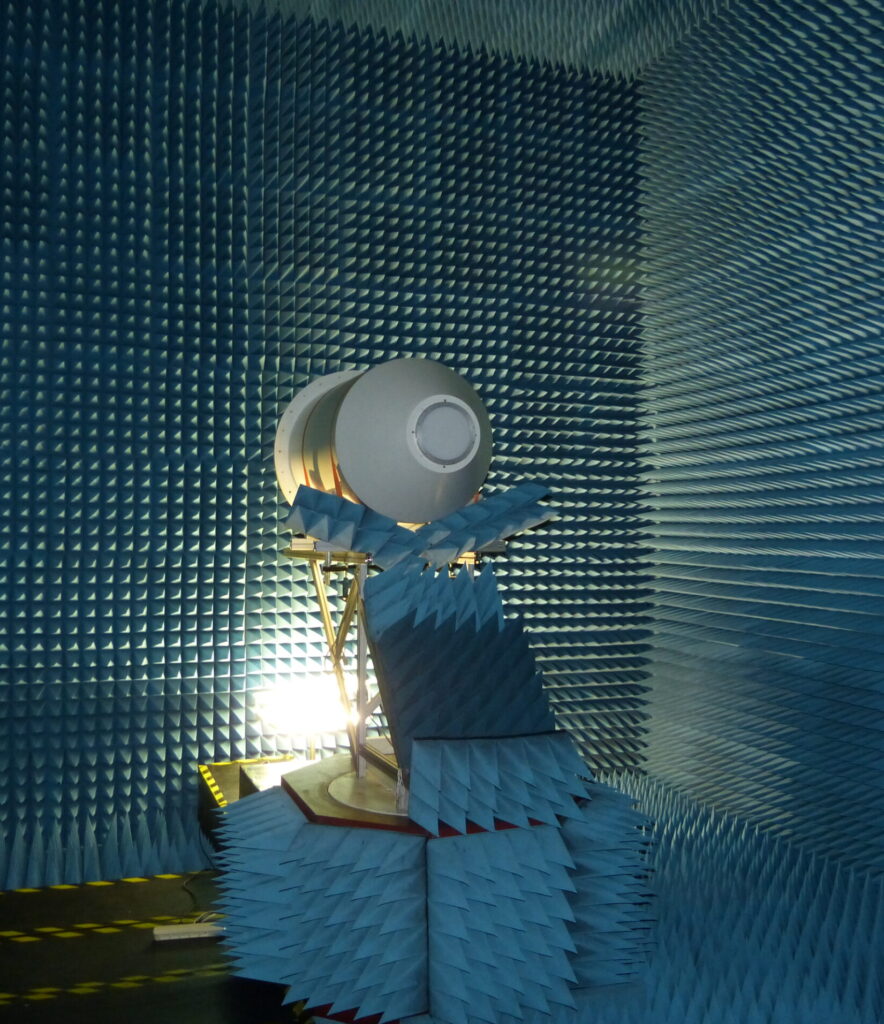 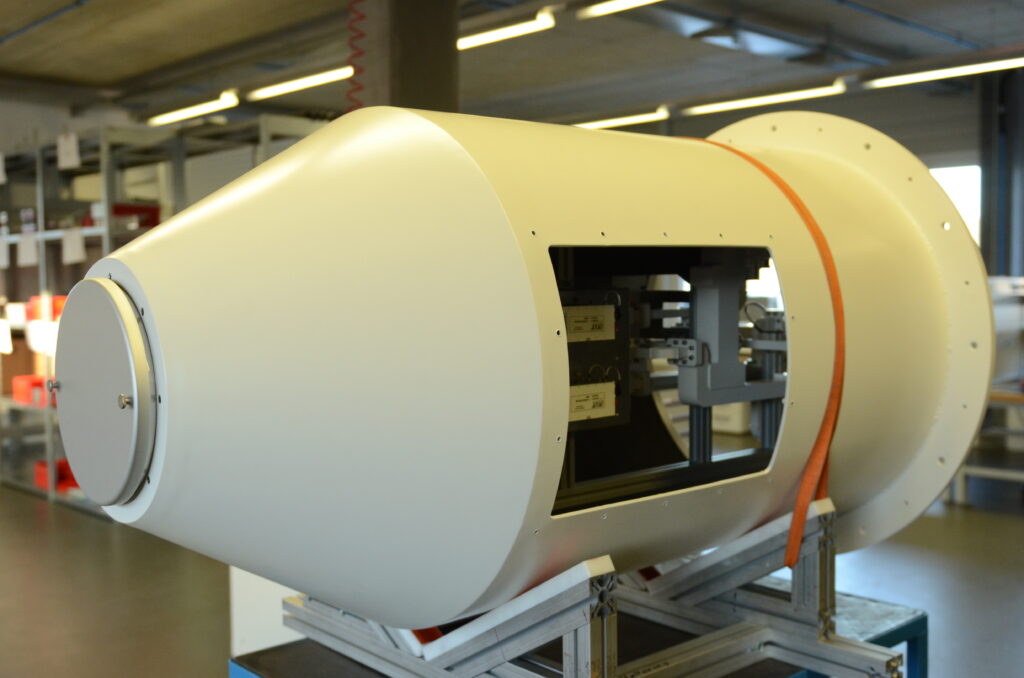 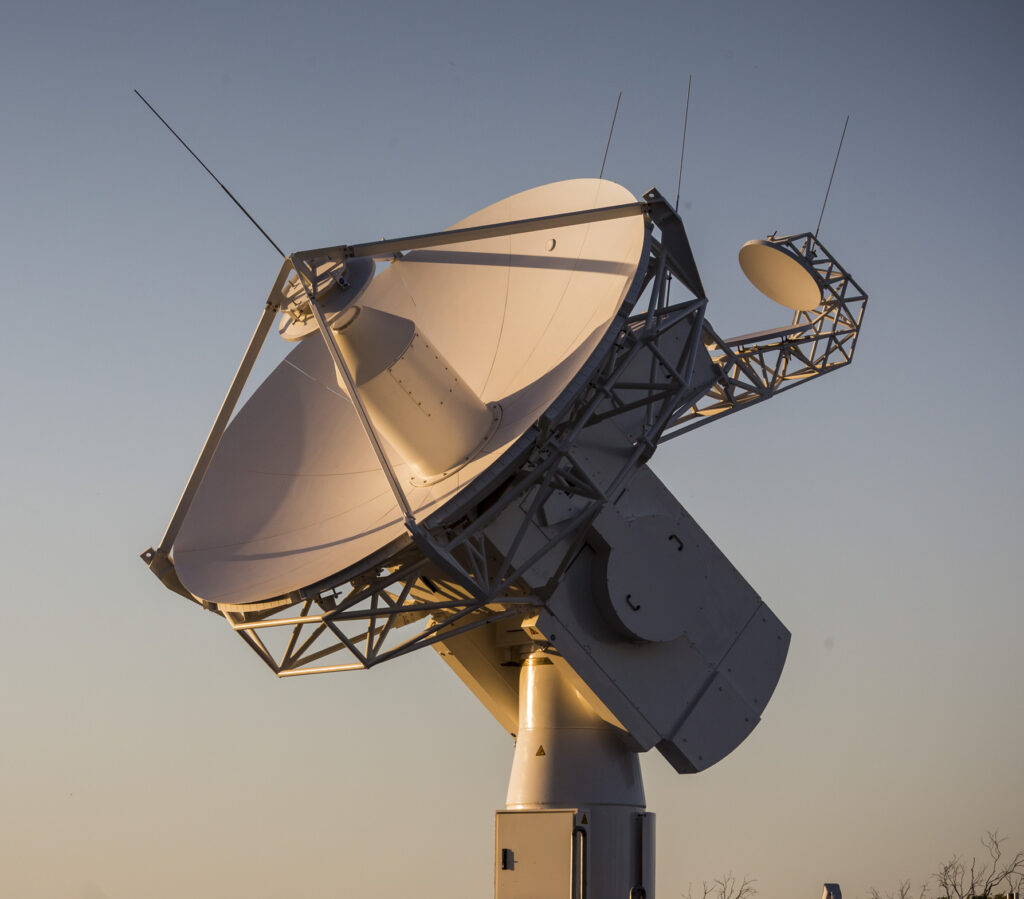